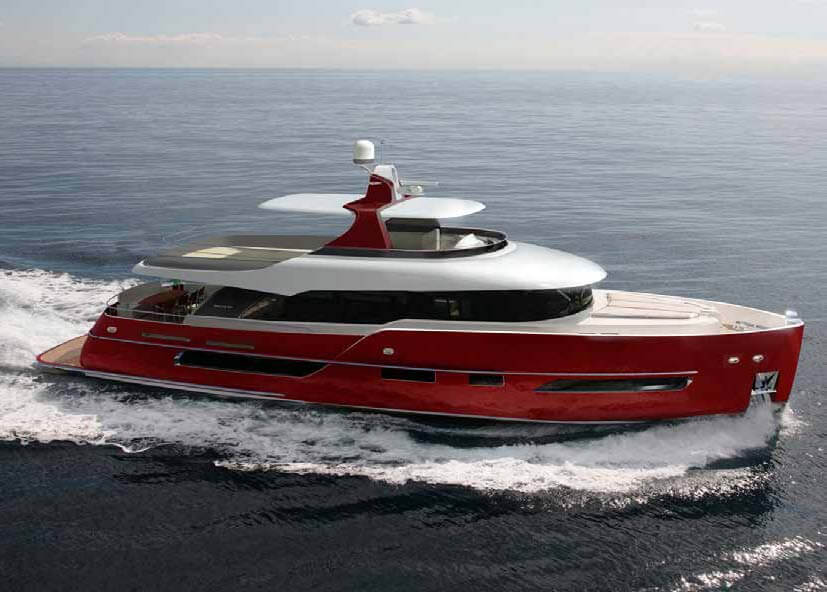 SNEEK – Jetten Jachtbouw, emerging from the bankruptcy of Jetten Yachting, says a new investor will enable it to build more premium motor yachts. Also, it plans to reel in an outside brand but divulged no details.

Jeannot Grim, who bought Jetten Yachting in 2017, has brought in the Oxbridge SE investment company who has appointed Francois Koopal as Jetten Jachtbouw managing director. “Oxbridge is an important partner for Jetten and made funding available for further development of the current range of yachts,” says a statement on the Jetten Jachtbouw website.

Although ownership issues, of boats trapped in the bankruptcy aftermath, loom ahead, Grim gave Dutch Yacht Building an upbeat outlook. “The market has been in a wait-and-see mood,” he said. “But now that the curator is gone, we can get back to work again. Some employees stayed with us. We start small-scale, with 9 employees.”

Jetten Yachting failed due to underpricing. “It makes no sense to build a yacht at a very low price,” said Grim. “A high price is merited as a boat is an exclusive product, especially a fast aluminum yacht.”

He said Jetten Jachtbouw will focus on luxury steel boats up to 15m., fast aluminum yachts up to almost 30m. and full custom designs. Among the yachts being finished is an aluminum Jetten Beach 62 Wheelhouse that has a top speed of 21 knots.“It has already had its sea trials and comes with a Van Oossanen Fast Displacement Hull and a Hull Vane,” says Grim. “The yacht must generate publicity and sales, notably in Europe.”

As published by Jachtbouw Actueel

Significant modifications to your yacht

Any significant modification of your yacht will call for a re-assessment of the CE. Under significant is to be considered anything which changes the characteristics, behavior or operation of the yacht such as: adding stabilisers adding a movable swim platform...

The top FAQs about CE marking

​   We often see the letters CE on products we purchase – from children’s toys to electronics, as well as pleasure crafts. While CE marking might seem like a fairly simple concept, it’s actually very complicated, since it doesn’t apply to every product on the...

Jetten Jachtbouw introduced the new Beach 55 IPS on the Fort Lauderdale International Boat Show (FLIBS). This is the latest innovation of the yard. An important Marine broker has taken an option on hull #1 which will enter production shortly. For 2020 there are 3...

Jetten Jachtbouw has a joint stand on the Fort Lauderdale International Boat Show (FLIBS) where it will present with its sister company AmaSea Yachts show the latest innovations of the yard. On Wednesday 30 October a press release will inform about its new yachts...

Jetten Jachtbouw is finalizing a custom Jetten 42 MPC for a Swedish client. This special version is developed for the rental market, but we also can provide an interior special for private customers. Interested in having your own Jetten 42 MPC build? Please contact...